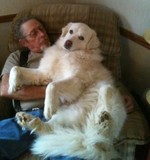 William Carl Mitchell, 77, of White Hall, died Monday, December 16, 2019.
He was born September 25, 1942 in Liberal, Kansas, son of Carl and Neva Clemmons Mitchell.
Mr. Mitchell was reared and received his early education in Liberal, Kansas. He proudly served in the United States Army during the Korean War.
He worked as an electrician for over 47 years, retiring in 2003.
Mr. Mitchell was an active member of the Pine Bluff Masonic Lodge #69.
He was preceded in death by his parents.
Survivors include his wife, Christine Crutchfield Mitchell, whom he married in 1977 in Liberal, Kansas; and two brothers, Alvin Mitchell of Reserve, Louisiana and Bob Mitchell of Wheat Ridge, Colorado.
A graveside service will be 2:00 p.m., Thursday, December 19, 2019 at Hardin Cemetery. Visitation will be Wednesday evening from 5-7 p.m. at Robinson’s.
Online register: www.ralphrobinsonandson.com