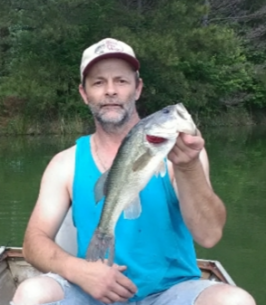 Troy Brian Chapman, Sr., 50, of White Hall, died Sunday, October 10, 2021. He was born December 1, 1970, in Pine Bluff, and was a locksmith at Pine Bluff Lock and Key. He attended Cross Roads Christian Fellowship.

He enjoyed fishing, riding his motorcycle, playing PlayStation 3 with his son, boating, working on his truck, wiring speakers, and spending time at the casino. He often could be found spending time with his friends, either playing pool or darts. His favorite color was purple.

He was preceded in death by his grandparents, Troy and Sadie Ferguson, Earnest Leroy Chapman, Dorotha Hayden, and Howard Craig.

A celebration of his life will be held at 2:00 P.M. Thursday, October 21, 2021, at Summit Baptist Church with the Rev. John Bean officiating. Burial will follow in Hickory Grove Cemetery near Star City under the direction of Fuller Hale-South Funeral Services.