To share your memory on the wall of Tommy Anderson, sign in using one of the following options:

Receive notifications about information and event scheduling for Tommy

Print
Due to Covid-19 Pandemic, services will be for family only. Please join our live broadcast of the funeral service via our website.

We encourage you to share your most beloved memories of Tommy here, so that the family and other loved ones can always see it. You can upload cherished photographs, or share your favorite stories, and can even comment on those shared by others.

Posted Apr 12, 2020 at 08:18pm
Prayers peace and comfort surround your family. I had the opportunity to care for Mr. Tommy many times and he was always such a dear man. He is made whole in Christ and having the best resurrection Sunday
Comment Share
Share via: 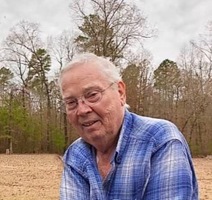