To share your memory on the wall of Theo Moreau, sign in using one of the following options:

To send flowers to the family or plant a tree in memory of Theo Moreau, please visit our Heartfelt Sympathies Store.

Receive notifications about information and event scheduling for Theo

We encourage you to share your most beloved memories of Theo here, so that the family and other loved ones can always see it. You can upload cherished photographs, or share your favorite stories, and can even comment on those shared by others.

Posted Sep 09, 2019 at 12:00am
Theo rode with many times when I was on the Sheriff Dept. I always looked forward to spending time with him. Theo was a good friend and a very special person. He will be greatly missed. My prayers will be with the family.
Comment Share
Share via:
VM

I am so sorry for the loss of your Dad. I may have met him years ago when we worked together. I know he was a great man by the family he raised. Vickey McCall
Comment Share
Share via:
RL

Posted Sep 09, 2019 at 12:00am
My condolences on hearing about your dad's passing. He was a good man and a great friend. You will be in our prayer's and thoughts. Please let me know if there's anything I can do to help. Stay strong you will see him again in heaven.
Your friend's
Ray Lenamond, Brenda Whisenhunt and Tim Whisenhunt
Comment Share
Share via:
KF

Posted Sep 09, 2019 at 12:00am
Stephen and family-Please accept my heartfelt condolences on the loss of your dad. Love and prayers to you. Kathryn Funderburg
Comment Share
Share via:
JF 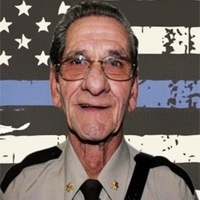