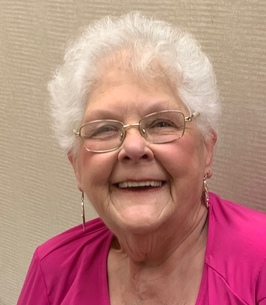 On October 27, 2021, Evelyn Sue (Ewell) Perkins left her earthly home to join her previously passed loved ones around the heavenly throne of Jesus.


She began working at the age of 14 at the “Wagon Wheel” as a car hop. Later in life she worked in many convenience and retail stores in the Pine Bluff area. She also worked in the Pine Bluff Schools cafeteria as a cook, at Hunts Packing Company and SAJ Distributors before retiring.


At the age of 15 she married the love of her life George Leighton Ewell in Dec. 1962. The two had 2 children, one son, Tim and one daughter, Becky. Being a wife and mother was one of the happiest times in her life. However, tragedy stuck in July of 1978 and her beloved husband George passed away from a wasp sting. In Nov. 1987 she married JR Perkins. Tragedy struck again in July 2013 when her son, Tim, passed away after a lengthy battle with liver cancer, which absolutely devastated her.


Sue loved to find a bargain it was shopping in a store or at a “good” yard sale. Very seldom did she pay the full retail or asking price of an item. She always haggled usually resulting in getting the seller to agree to “her” price.


She had 3 fur babies, Peanut, Pepee and Casper whom were never far from her side.
Even when she went out to run errands, she or JR would take turns staying inside the vehicle with the babies.


She was blessed with a talent of embroidering. She used that talent to create scenes on pillowcases to share with her many loved ones.
Sue enjoyed listening to Southern Gospel music. She and JR sang at many churches and nursing homes across the state.


Special thanks to Arkansas Hospice for excellent care they provided, especially Gina and Morgan.

The family will be at the home of her daughter, Becky Shults following the service.