To share your memory on the wall of Sam Cheesman, sign in using one of the following options:

Print
Samuel Forrest Cheesman, DVM, a pillar of the Pine Bluff community, passed away May 30, 2020. He was born September 5, 1932 in Colorado Springs, CO to the late Milton and Hazel Cheesman.

As a young boy growing up on a cattle ranch, Sam ... Read More
Samuel Forrest Cheesman, DVM, a pillar of the Pine Bluff community, passed away May 30, 2020. He was born September 5, 1932 in Colorado Springs, CO to the late Milton and Hazel Cheesman.

As a young boy growing up on a cattle ranch, Sam was so impressed with the veterinarian who visited their ranch each week that he decided at the age of 12 to pursue a career in animal medicine. He graduated from Oklahoma State University in Stillwater, OK in 1958. He met the love of his life, Phyllis Wright, on a blind date while at OSU. They married in her hometown of Oklahoma City and moved to Pine Bluff, AR that year. He and David Breshears, DVM started Oak Park Animal Hospital in 1961 which resulted in being the longest veterinary partnership in the state – 48 years.

Sam and David’s practice included both large and small animals. Both vets became very involved in horse racing and owned around 20 thoroughbred horses in partnership with other veterinarians, doctors, and dentists. Two of those turned out to be stakes winners: Doctors Enjoy Dollars and Bold Kabota.

Horse racing at Oaklawn Park in Hot Springs, AR necessitated a need for lodging. Sam and Phyllis bought a condominium in Hot Springs. The mountain view from Twin Points reminded him of Colorado Springs. Sam was very involved with the Twin Points community, serving as a Board member for many years and planting beautiful flowers around his condo when not at Oaklawn.

Sam was often found at the Bridge Table. Sam took up bridge while at college at OSU. As a member of Farmhouse Fraternity, there was always a perpetual bridge game to be found. Sam took bridge seriously, even though he claimed it was his way to ease the pressures & relax. Sam achieved a Sapphire Life Master ranking which requires 3,500 points -not an easy feat. Ask any “bridgie”, the name his children fondly refer to as his bridge buddies. One of Sam’s many nicknames was the Czar of Bridge. He served as Past President of the Pine Bluff Duplicate Bridge Club & as Past President of the Arkansas Bridge Association.

Never one to participate in sports, Sam was surprisingly, an avid sports fan. If at all possible, he never missed an Arkansas Razorback or OSU Cowboy game and held season tickets for years. He recorded them if he had other plans. He was fond of watching any college sport along with the Wheel of Fortune and the Golden Girls.

Sam’s many nicknames included Pop Cheeto, Bud, Buddy, PawPaw, and the most common, Dr. Sam. However, he was proudest of being PawPaw and he loved nothing more than spending time with his children and grandchildren in Hot Springs. He made every graduation & even the first wedding this past fall.

Sam loved to travel & see new places. Spain, Italy, Egypt, Turkey, Hawaii, China, and the Caribbean were some of his favorite trips. The most memorable was a trip to Israel with his daughter Bea and grandson Will.

Sam loved his church, Grace Episcopal Church. He served as a lay reader, Eucharistic minister and Vestry member. He especially loved the Wednesday Healing Service at noon and the lunch afterwards. He looked forward to the annual Men’s Pancake supper held jointly with Trinity Episcopal Church, and spearheaded the Thanksgiving Lunch each year. He always prepared at least a dozen bags of Dr. Sam’s spicy crackers for the English Tea each spring. and they were always one of the first items to sell out!

Dr. Sam lived an amazing, Christian life, full of love, respect, peace and compassion for every human being and four-legged creature. Trumpets were sounding in Heaven on Saturday morning as he reunited with his wife Phyllis and son, Allen.

There will be a private family service on Wednesday, June 3, 2020. Please visit www.FullerFunerals.com to view the service via webcast at 10:00 a.m. Arrangements are by Fuller Hale-South Funeral Services.

To plant a memorial tree in honor of Sam Cheesman, please visit our Heartfelt Sympathies Store.

Receive notifications about information and event scheduling for Sam

Print
A Private Family Graveside Service will be held Wednesday, June 3, 2020. There will be a live webcast of the service, beginning at 10:00 a.m. at FullerFunerals,com

We encourage you to share your most beloved memories of Sam here, so that the family and other loved ones can always see it. You can upload cherished photographs, or share your favorite stories, and can even comment on those shared by others.

Posted Jun 05, 2020 at 03:35am
May Light Perpetual shine upon him.
Dr. Sam was always so caring and kind with my dogs and cats,
and it was an honor to care for Phyllis.

Posted Jun 04, 2020 at 10:32am
Dear Bea, Cara and family,
We are so very sorry for your loss. Dr. Cheesman was a wonderful person and a very
close friend of our family. He will be greatly missed by us and countless others. We will
never forget him giving our daughter, Nancy Lee, her first dog. It was a rescue dog and
she named her Lucky. He said the luck went both ways.
Love and prayers,
Charlie, Lucy, Nancy Lee and Charlie, Jr.

Posted Jun 04, 2020 at 12:43am
What an awesome man! I grew up with Sam's son Alan, so I would see Dr. Sam regularly back in those days. He was always a great inspiration, positive, kind and happy to see me!! His life is a great example for how to live and treat people. Prayers for the family.

Posted Jun 03, 2020 at 10:28pm
The last time that I saw Sam was on Friday, March 6, 2020 at the Bridge Club in Pine Bluff. As always he greeted me like a long lost friend. It was a rare achievement to get a good board off Sam because he was an excellent player. I have known Sam since the early 70's when I was introduced to duplicate bridge by Gladys and Will Thompson. I still have fond memories of attending the Cherokee Village Sectional with Sam and his partner, Neville McNamara, and my partner Paul Graham. We really did have some wonderful times. I didn't know much about Sam's life outside of the bridge world, but in that world he was a noble ambassador. Rest in peace, Sam, and may God bless your family. Lowell F. Lynde, Jr.
Comment Share
Share via:
SS

Posted Jun 03, 2020 at 05:26pm
Cheesman Family,
Knowing Dr Sam from living here at Eden Place for so many years and for being my beloved Vet as well leaves me heart broken that this world has lost a true gentle man. There was never a time in his Clinic or elsewhere he would make you feel there was no hope left for you or your precious four legged baby. We truly loved him as everyone that ever knew him, he made that too easy. My Mother, my doggie Molly, and myself attended the funeral today by webcast. Dr Sam would have been in awe to have seen Molly watch every minute as though she knew why she was there. Just imagining now what our world today would be like if it was one huge Dr Sam, what a wonderful place it would be to call Home !
Susan (Throneberry) Smith
Comment Share
Share via: 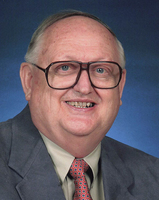 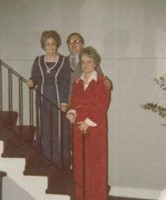 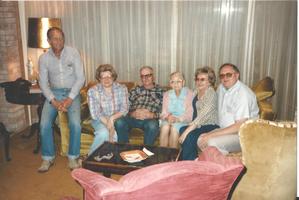 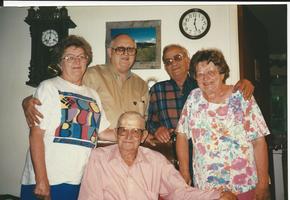