To share your memory on the wall of Ronnie Austin, sign in using one of the following options:

He authored a mystery novel, Grayville’s Story, published in 2013. He was on the Sounding Off panel for the Dallas Morning News and a guest columnist for them, their Allen Neighbors Go edition, and for the Cleveland County Herald

He had a lifelong love of sports. He hunted, fished and camped from a young age. He played basketball in high school and continued with golf, softball and basketball as an adult. He was a summer T-ball and softball coach, and started peewee basketball in Poyen for half-time HS basketball entertainment. He began jogging in 1985 and placed in several cross-country races, taking first in his age group once. He was recognized by the Texas Legislature when he ran 238 miles from Allen to Austin, Texas, to raise awareness for the need for kidney donation after receiving a transplant himself.

Ron was always busy with vegetable gardening, construction projects, cowboy cooking and outdoor grilling. He was very knowledgeable of teams, coaches and players of college and professional basketball, football, and baseball. He was a pretty good pool player too. He enjoyed being around people and organizing events at school for adults and children alike during his career. At Kingston, he began and led the Pride Program and a Veterans’ Day program. In retirement, he organized neighborhood block parties, a talent show for 55-plus church members, and his Woodlawn HS 50th class reunion.

Visitation will be at Ralph Robinson and Son, Pine Bluff, Arkansas, Thursday, December 26, 6:00 pm to 8:00 pm. Funeral services will be Friday, December 27, 11:00 am at Pleasant Ridge Baptist Church, Rison, Arkansas (off Hwy 63) with Dr. David Harris officiating. Burial will be Pleasant Ridge Cemetery.

To send flowers to the family or plant a tree in memory of Ronnie Everett Austin, please visit our Heartfelt Sympathies Store.

We encourage you to share your most beloved memories of Ronnie here, so that the family and other loved ones can always see it. You can upload cherished photographs, or share your favorite stories, and can even comment on those shared by others.

Patricia Scali, Roy and Carol Stanley, and others have sent flowers to the family of Ronnie Everett Austin.
Show you care by sending flowers

Patricia Scali purchased the Sweet Tranquility Basket and planted a memorial tree for the family of Ronnie Austin. Send Flowers

Posted Dec 23, 2019 at 05:34pm
LINDA and CHIP, We have so many wonderful Fayetteville memories shared with your family. Praying for Gods comfort and strength now and in the future

Roy and Carol Stanley purchased the Bright and Beautiful Spray and planted a memorial tree for the family of Ronnie Austin. Send Flowers

Posted Dec 23, 2019 at 03:30pm
With sincere sympathy, The Staff of Dallas Transplant Institute 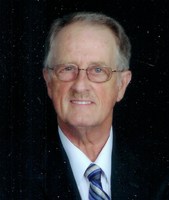