To share your memory on the wall of Robert McClanahan, sign in using one of the following options:

Provide comfort for the family of Robert McClanahan with a meaningful gesture of sympathy.

He was preceded in death by a brother, Howard Presley McClanahan; a sister, Janis McClanahan Bolin; and his wife of 50 years, Gerry Brogoitti McClanahan.

Mr. McClanahan graduated from Mt. Pleasant, Texas High School in 1945 and immediately began his career with the Cotton Belt-Southern Pacific Railroad, where he worked for 43 years. He started as a telegraph operator on May 1, 1945 and retired as Superintendent of the Cotton Belt on July 31, 1988. During his time with the railroad, he progressed from Telegraph Operator to Train Dispatcher, Trainmaster, Terminal Superintendent, Assistant Superintendent and ultimately to Superintendent. His career took him from Mt. Pleasant to Texarkana, Texas; Memphis, Tennessee; East St. Louis, Illinois; Eugene, Oregon; West Colton, California; and finally Pine Bluff.

He joined the Texas National Guard in 1948 and served for 14 years in the 49th Armored Division. He rose to the rank of Captain through study at the Artillery School at Ft. Sill, OK. He served on active duty during the Berlin Crisis in 1961-62.

After retirement, he continued working in a railroad environment. He became actively involved with the Cotton Belt Rail Historical Society and the Arkansas Railroad Museum. While Superintendent, he had been the moving force behind getting the Engine 819 moved from Oakland Park to its current home at the Museum.

Robert and his wife, Gerry, formed McClanahan Transportation Services, Inc. for the purpose of owning and operating passenger cars, as well as consulting services. The company purchased and restored five passenger cars that were used in excursion operations with the 819. The company also ran excursions in northwest Arkansas.

He was active in civic affairs, having served on the Board of Directors of the Greater Pine Bluff Chamber of Commerce, Leadership Pine Bluff and the Cotton Belt Rail Historical Society. He also served on the Board of Riley’s Warriors, Inc. of Maumelle, Arkansas. He was appointed by Governor Mike Huckabee to serve as a member of the State Board of Workforce Education and Career Opportunities.

He was very active in his church. As he and his family moved across the country, he never lost sight of his love for the Lord. In most congregations he attended, he became active as a song leader and bible class teacher. Since moving to Pine Bluff in 1974, he was a member of the Hazel Street Church of Christ, where he served as song leader, treasurer, teacher and elder.

Funeral arrangements will be by Ralph Robinson and Son in Pine Bluff. Visitation will be Sunday, October 20, 2019 from 2-4 p.m. at Ralph Robinson and Son and funeral services will be 10:00 a.m., Monday, October 21, 2019 at Hazel Street Church of Christ under the direction of Roger Gean and Dr. Mike Hogan. There will be a private graveside service and burial in Forest Lawn Memorial Park, Mt. Pleasant, Texas.

To send flowers to the family or plant a tree in memory of Robert Ray McClanahan, please visit our Heartfelt Sympathies Store.

Receive notifications about information and event scheduling for Robert

We encourage you to share your most beloved memories of Robert here, so that the family and other loved ones can always see it. You can upload cherished photographs, or share your favorite stories, and can even comment on those shared by others.

Guaranteed hand delivery by a local florist
AS

Posted Oct 20, 2019 at 03:50pm
Robert and family, we are thinking of you during this difficult time. Warmest condolences from your friends in F&A.

Flowers were purchased for the family of Robert McClanahan. Send Flowers

Vivid Recollections was purchased for the family of Robert McClanahan. Send Flowers

Posted Oct 19, 2019 at 01:15pm
Robert was such an example of a Christian is supposed to be. We loved him dearly and cherish the memories of when we were in all together at 40th and Hazel. He and Jerry will never leave our memories and we will have all of you in our prayers as you go through this time. Donnie and Carol Smith Family
Comment Share
Share via:
BH

Posted Oct 19, 2019 at 11:26am
Please accept our most heartfelt sympathies for your loss... Our thoughts are with you and your family during this difficult time. 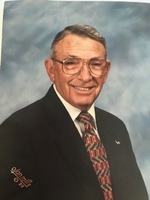