To share your memory on the wall of Richard Brown, sign in using one of the following options:

Born August 20, 1944 at Wabbaseka, he was a son of the late Henry Warren Brown and Verna Sladyen Brown. He attended Plum Bayou Schools and moved to Pine Bluff in 1962.

In his early working years, Richard worked in various locations as a cable installer. He returned to Pine Bluff and joined his father-in-law at Martin Piano Company. He later operated Arbor Dale Restoration. Later, he and his family opened Brown’s Antiques and Refinishing and Brown’s Moving and Storage.

In addition to his parents, he was predeceased by two brothers, Billy Brown and Doyle Brown; and two sisters, Charlene King and Wilma Lewis.

Richard was of the Baptist faith and a former deacon.

The family wishes to express their gratitude to his loving caregiver, Joyce Watson; and his physicians, Dr. Asif Masood, Dr. Mark Ramiro, and Dr. Charles Mabry.

To send flowers to the family or plant a tree in memory of Richard Brown, please visit our Heartfelt Sympathies Store.

Receive notifications about information and event scheduling for Richard

We encourage you to share your most beloved memories of Richard here, so that the family and other loved ones can always see it. You can upload cherished photographs, or share your favorite stories, and can even comment on those shared by others.

Love, Jeremy, Breanna, and Zayden. and Maddie Moltz sent flowers to the family of Richard Brown.
Show you care by sending flowers

We met Mr. Brown back in 2007/08, when we need a place to storage ours boats. Over the years me and my husband built a great relationship with him and his son J.R. . It broke ours heart when we found out he transition. What a wonderful man he was. Always smiling when I see him. I and my husband will miss him dearly. I know you are not suppose to question God but lord I know you have your reasons. To Mrs. Brown and J.R and the rest of the family you have ours deepest sympathy and know that our prayers are with you The Terry’s
LM

Posted Apr 07, 2021 at 05:17pm
J. R. and family,
Please accept our deepest sympathy in the loss of your father.
Lucy and Charlie McNew
Comment Share
Share via:
F

Posted Apr 07, 2021 at 04:03pm
I am so sorry for your loss . Mr. Brown was so very sweet . Always kind and always helping people with anything he could. I’m going to miss him coming in for haircuts . He will be missed dearly . Prayers for the family and friends .
Comment Share
Share via:
LZ 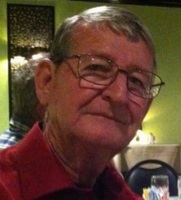 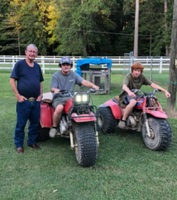 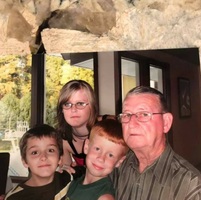