To share your memory on the wall of Randy Fowler, sign in using one of the following options:

Born August 11, 1964 at Jonesboro, he was a son of Mary Lois Wheeler Fowler of Pine Bluff and the late William “Bill” Fowler. He grew up in Jonesboro and Pine Bluff and attended the University of Arkansas at Pine Bluff.

He operated several truck routes including Little Debbie routes with his family. He also ran a FedEx route for approximately 10 years prior to his retirement in 2013.

Randy lived in Texarkana for close to 20 years and was a member of First Lutheran Church.

Visitation will be Tuesday, December 22, 2020, beginning at 1:00 p.m. at Fuller Hale-South Funeral Chapel. The funeral service will follow at 2:00 p.m.
Read Less

To send flowers to the family or plant a tree in memory of Randy Fowler, please visit our Heartfelt Sympathies Store.

Receive notifications about information and event scheduling for Randy

We encourage you to share your most beloved memories of Randy here, so that the family and other loved ones can always see it. You can upload cherished photographs, or share your favorite stories, and can even comment on those shared by others.

Anna Sanders sent flowers to the family of Randy Fowler.
Show you care by sending flowers

Guaranteed hand delivery by a local florist
B

Posted Dec 21, 2020 at 08:57pm
We are very sorry for your loss of Randy, also fondly called "Super Scrub". Our thoughts and prayers are with you and your family during this time. Prayers for endurance, comfort, and peace during the coming days, weeks, and months ahead.
Joey and Penny Wilson
Comment Share
Share via:
AS

Posted Dec 21, 2020 at 11:54am
Our thoughts and prayers are with you. Your aunts Anna Mae and Norma send our warmest condolences. 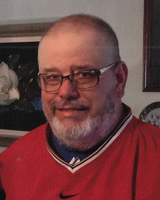