To share your memory on the wall of Philip Weaver, sign in using one of the following options:

Print
Philip D. Weaver, 72 of White Hall, Arkansas passed from this life into his eternal rest on February 6, 2020 at Jefferson Regional Medical Center.

Philip was born February 21, 1947 in Pine Bluff, Arkansas, a son of the late M.E. and Kati... Read More
Philip D. Weaver, 72 of White Hall, Arkansas passed from this life into his eternal rest on February 6, 2020 at Jefferson Regional Medical Center.

Philip was born February 21, 1947 in Pine Bluff, Arkansas, a son of the late M.E. and Katie Weaver. He was reared and received his education in White Hall, where he graduated from White Hall High School.

Philip joined the United States Air Force after graduation and received basic training at Lakeland Air Force Base in San Antonio, Texas. Upon medical discharge from the service he enrolled in school and received certification as a Respiratory Therapist from Forsythe Memorial Hospital in Winston Salem, North Carolina. After moving back to Arkansas, Philip focused his career in law enforcement, graduating from the Police Academy in Camden, Arkansas. His law enforcement career was with the Jefferson County Sherriff’s Department and the Pine Bluff Police Department. Philip was awarded many honors and achievements while serving his county and city as an officer. Later in his career he served as a supervisor for the 911 emergency call center.

Philip was a man of various talents and trades, from working as a truck driver, a taxidermist, to establishing Maw and Paw’s Antiques and Treasures.

Philip was a member of Oakland Heights Missionary Baptist but attended Watson Chapel Baptist Church most of his adult life. His main hobbies were hunting deer, ducks, and elk.

He was preceded in death by two sisters, Geraldine Weaver Tharpe and Mary Frances Weaver Rhodes.

Services will be held on Monday February 10, 2020 at 10:00 a.m. in the chapel of Fuller Hale-South Funeral Home, with graveside to follow at Memorial Park Cemetery in Pine Bluff, Arkansas. There will be a visitation one hour prior to the memorial service.

Friends and family are gathering at the home of Tim and Melisa Weaver in Pine Bluff, Arkansas.

Online condolences may be made at FullerFunerals.com
Read Less

To send flowers to the family or plant a tree in memory of Philip Weaver, please visit our Heartfelt Sympathies Store.

Receive notifications about information and event scheduling for Philip

We encourage you to share your most beloved memories of Philip here, so that the family and other loved ones can always see it. You can upload cherished photographs, or share your favorite stories, and can even comment on those shared by others.

Posted Feb 11, 2020 at 08:30am
Weaver family....I worked with Phillip when he was a Jefferson County Sheriff's deputy and I was in the County Clerk's office. He was a gentleman and loved his family. His accomplishments were many. God bless each of you during this time.
Comment Share
Share via:
CG

Posted Feb 09, 2020 at 05:10pm
Linda and family I am so sorry to hear of your loss. Wishing you the comfort of knowing he’s in Gods arms now.
Comment Share
Share via:

Posted Feb 09, 2020 at 01:52am
Linda, your family and you are in my thoughts and prayers. I pray the Lord will bring you peace during this time of grief and sorrow. It is said, "If the bond between two people is strong, even death cannot do them apart." What beautiful memories Phil and you have made together. I cannot imagine the loss you have suffered, but please know I am here for you now and always. Daryl Scott
Comment Share
Share via:
NR 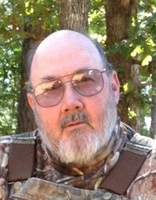