To share your memory on the wall of Orrin Robinson, sign in using one of the following options:

To send flowers to the family or plant a tree in memory of Orrin "Rob" Robinson, please visit our Heartfelt Sympathies Store.

We encourage you to share your most beloved memories of Orrin here, so that the family and other loved ones can always see it. You can upload cherished photographs, or share your favorite stories, and can even comment on those shared by others.

Posted Aug 16, 2019 at 12:00am
Terrific person, just a pleasure to be around. He was an excellent fishing partner too. Prayers for all of the family.
Comment Share
Share via:
GC

Posted Aug 05, 2019 at 12:00am
Mr. "Rob" was such a sweet, sweet man. Momma, Shirley Kulbeth, sure did like spending time with him and taking care of him. They shared some really funny trips and the stories he could tell just captivated me with each story. Such an intelligent man. Sure am going to miss him. Prayers for all of you in the coming days.
Comment Share
Share via:
RW

Posted Aug 05, 2019 at 12:00am
Always enjoyed talking with Orin. He also could grow the best vegetables in his garden. Fly with the Angels Orin.
Comment Share
Share via: 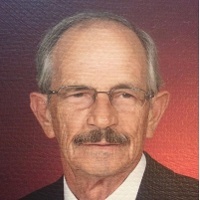