To share your memory on the wall of Marlene Bumpass, sign in using one of the following options:

She was born December 28, 1938 in Arkansas, Wisconsin to the late Maynard Almsted and Lillian Augusta Rudbeck Almsted. Her parents immigrated from Sweden via Ellis Island in the 1890’s and settled in Minnesota

Marlene was a member of Summit Baptist Church, and truly enjoyed her church family. She was a homemaker and became a hairdresser and cosmetologist. Her husband was career military, serving in Korea and Vietnam, and they were stationed in numerous places around the United States.

Funeral services will be Monday, December 16, 2019, 10:30 a.m. at Fuller Hale-South Funeral Chapel with Brother Todd Anderson and Lewis Hinkle officiating. Burial will be at Cypress Memorial Gardens. Visitation will precede the service at 9:30 a.m.

The family will be at the Family Church White Hall Youth Center Friday from 5:00 p.m. until 8:00 p.m. for anyone who would like to stop by.
Read Less

To send flowers to the family or plant a tree in memory of Marlene Bumpass, please visit our Heartfelt Sympathies Store.

Receive notifications about information and event scheduling for Marlene

We encourage you to share your most beloved memories of Marlene here, so that the family and other loved ones can always see it. You can upload cherished photographs, or share your favorite stories, and can even comment on those shared by others.

Lisa (Hasman) McCoy and Matthew and Sam and Susan Fiori sent flowers to the family of Marlene Bumpass.
Show you care by sending flowers

Blooming Garden Basket was purchased for the family of Marlene Bumpass. Send Flowers

Posted Dec 13, 2019 at 11:19pm
Kris and Family, Your momma, CheeChee, was such a huge blessing in mine and Matthews lives. Our thoughts,prayers and love are with you now.

Sam and Susan Fiori purchased the Full Heart and planted a memorial tree for the family of Marlene Bumpass. Send Flowers 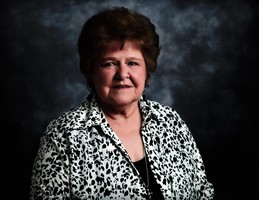 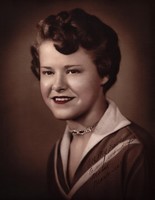