To share your memory on the wall of Marcelline Clement, sign in using one of the following options:

Print
Marcelline Williams Clement, age 93, went to be with the Lord on Tuesday, March 16, 2021. She was born April 25, 1927, in Woodlawn, Arkansas and was an active member of her community on Hogeye Bend Road.

She was the daughter of the late ... Read More
Marcelline Williams Clement, age 93, went to be with the Lord on Tuesday, March 16, 2021. She was born April 25, 1927, in Woodlawn, Arkansas and was an active member of her community on Hogeye Bend Road.

She was the daughter of the late John H. Williams and Ruby Vent Williams and graduated as salutatorian of the Woodlawn class of 1945.

Marcelline was a homemaker and served the Lord faithfully as an active member of Olive Branch Missionary Baptist Church in Pine Bluff, Arkansas, where she taught Sunday school and worked in Vacation Bible School for many years. She was the beloved teacher of the Ladies of Faith Sunday School Class and was honored to lead and serve alongside its members.

She loved taking care of her family, gardening, growing flowers, fishing, cooking, studying the Bible, and telling people about the Lord. Marcelline left a lasting impression on all the people God brought into her life.

Her husband, Noah Mavo “Jack” Clement, preceded her in death on November 18, 1995. They were married on May 30, 1948, and shared many happy years raising a family together. She was also predeceased by a son, Mike Clement, and a sister, Reba Cope and her husband Pete.

As a member of her Sunday School class posted, “class members, family, and many friends will never forget her teachings, the love she had for them, for her Lord and how much she wanted everyone to know Jesus Christ, our Lord and Savior. Marcelline always said she loved talking to the Lord and being in His presence. She is in His presence now.”

To send flowers to the family or plant a tree in memory of Marcelline Clement, please visit our Heartfelt Sympathies Store.

Receive notifications about information and event scheduling for Marcelline

We encourage you to share your most beloved memories of Marcelline here, so that the family and other loved ones can always see it. You can upload cherished photographs, or share your favorite stories, and can even comment on those shared by others.

Thresa Hill sent flowers to the family of Marcelline Clement.
Show you care by sending flowers

Posted Mar 22, 2021 at 09:17am
Dear family, Your precious loved one wrote her own legacy with a life well lived. Nothing much more can be said. She lived the example for everyone to know what a faithful, Christian woman she was. What a blessing she was to everyone. You had to share with your Mother and grandmother with an untold number of those who loved her. What she believed by faith for many years and shared with everyone she could, she now knows by sight! I know she entered heaven shouting. She is safely home. I pray for each of you peace knowing she is safely in the presence of the Lord she deeply loved and longed to be in HIS presence.
Comment Share
Share via:
TH

Posted Mar 20, 2021 at 09:12pm
To the Clement Family So sorry to hear about Mrs Marcellines passing. We will all miss her

Posted Mar 20, 2021 at 08:51pm
Mrs. Marcelline was a Christian through and through. She touched many lives across her years on earth and we are all blessed to have known her. My sincerest condolences go out to the family. Phil. 1:3
Carolyn Ashcraft
Comment Share
Share via:
KR

Posted Mar 19, 2021 at 11:09pm
I have many great childhood memories of Mrs. Marcelline! My Mother and her were lifelong friends. A wonderful example of a Christian lady with a love for people! I’m thankful for my sweet memories, Kay Stover Reed
Comment Share
Share via:
SM

Posted Mar 19, 2021 at 09:39am
Ms Marcelline gave the best hugs and had the sweetest smile. Everyone’s comments resound the same, she was definitely a good and faithful servant.
Comment Share
Share via: 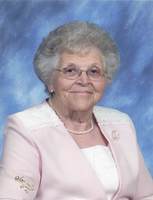 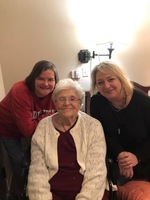 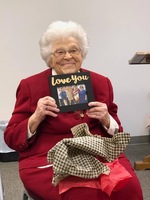 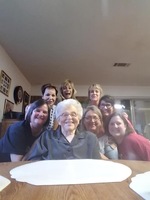