To share your memory on the wall of Larry Laminack, sign in using one of the following options:

Provide comfort for the family of Larry Laminack with a meaningful gesture of sympathy.

Born October 31st, 1944 at Pine Bluff, he was a son of the late George Burton Laminack and Eunice Crossett Laminack.

Born October 31st, 1944 at Pine Bluff, he was a son of the late George Burton Laminack and Eunice Crossett Laminack.

A graduate of Watson Chapel High School, Mr. Laminack went to work at the Cotton Belt railroad, retiring as Yardmaster, from Union Pacific after 38 years of service.

A homebody as those close to him would describe, he found solace tinkering around the shop, working on vehicles and building various projects with his son.

In addition to his parents he was preceded in death by two siblings, George Laminack, Jr., and Anne Marie Huntley; and three grandchildren Ryan Gonzales, Tracey and Casey Laminack.

No formal services are scheduled at this time.
Read Less

To plant a memorial tree in honor of Larry Laminack, please visit our Heartfelt Sympathies Store.

Receive notifications about information and event scheduling for Larry

There are no events scheduled. You can still show your support by sending flowers directly to the family, or planting a memorial tree in memory of Larry Laminack.
Plant a Tree

We encourage you to share your most beloved memories of Larry here, so that the family and other loved ones can always see it. You can upload cherished photographs, or share your favorite stories, and can even comment on those shared by others.

Posted Jun 06, 2019 at 12:00am
Always one step ahead, He was known for doing things his own way. Thought a lot of Larry , never had a crossword, he just cut the speakeroff LOL.
He did it his way ,got to respect that.
Sorry for the loss.

Posted Jun 05, 2019 at 12:00am
Sorry for your loss. Praying for the family at this time of sadness.
Gary, Jeanne, and Grace Arcement
Comment Share
Share via:
SR

Posted Jun 05, 2019 at 12:00am
A special neighbor who was quiet and always ready to help. He was loved by many and will be missed by those who knew him.
Comment Share
Share via:
AO

Posted Jun 04, 2019 at 12:00am
For 42 years Larry was my Friend, Was ready at anytime to help if I Needed. I only hope that I make an impact on someones life like Larry has made on mine. No words can explain my personal feelings about his Friendship!!!! Other than Special!!!!
Comment Share
Share via: 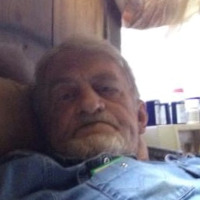