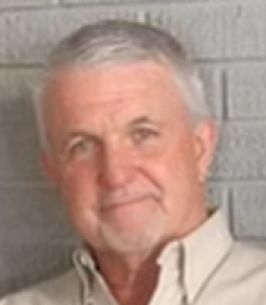 Born in Birmingham, AL, on October 9, 1950, he was a son of the late Calvin Richardson Simmons, M.D. and Jeanne Tillou Simmons. He moved to Pine Bluff when he was a year old and graduated from Pine Bluff High School in 1969, where he was a multi-letter athlete in football, basketball, and track. He attended the University of Arkansas on a track scholarship and obtained both his undergraduate and master’s degrees there.

John spent his career in the petroleum industry, first as the General Manager at Knox Nelson Oil Company and later as a petroleum consultant to many multi-outlet operators in Arkansas and surrounding states. He was an avid water skier and mastered slalom and trick skiing in addition to being an experienced barefooter. He taught legions of kids how to water ski and barefoot on Atkins Lake, the Arkansas River and at numerous Simmons Family Reunions.

John had an unmatched love and passion for the outdoors and hunting. This interest was sparked by his father, Calvin, and passed down to his son, Andy. This passion evolved from an early love of duck and deer hunting into a focus on turkey hunting where he obtained numerous wild turkey “grand slams.” In his later years, he prided himself by harvesting turkeys in multiple states each year and by being a Diamond Life Sponsor to the National Wild Turkey Foundation. He always took time to introduce youths to hunting and the outdoors.

John was known to be kind and generous even to those that did not know him well. He was a “super uncle” to his Simmons nephews and beloved “Pop” to his Perry grandchildren. He will be missed especially by them and also by all that knew him.

In addition to his parents, he was preceded in death by his son, John Andrew Nelson “Andy” Simmons on May 12, 2021.

A memorial service will be held Monday, December 20th at 10:30 am at Fuller Hale-South Funeral Chapel with Brother Dean Dancer officiating. Immediately following the memorial service, as John requested, there will be a celebration of his life at the Pine Bluff Country Club.