To share your memory on the wall of John Huddleston, sign in using one of the following options:

He graduated from Watson Chapel High School in 1983 and was a member of Grace Community Church of the Nazarene. John... Read More
John Robert Huddleston, 56, of Pine Bluff passed away April 10, 2021. He was born November 2, 1964 in Denver, Colorado.

He graduated from Watson Chapel High School in 1983 and was a member of Grace Community Church of the Nazarene. John was a writer, composer, producer, and was able to play any instrument. He became an EMT in 1997 and a paramedic in 1998 working for Ron Lusby Ambulance Services.

John was survived by his two daughters, Hannah Faith Huddleston, and Emily Ashton (Brad) Ferrington; two grandchildren, Ashton Bishop Ferrington and Lucas Bodhi Ferrington; and the mother of his children to whom he was married for 31 years, Angelic Hester.
Read Less

Receive notifications about information and event scheduling for John

There are no events scheduled. You can still show your support by sending flowers directly to the family, or planting a memorial tree in memory of John Robert Huddleston.
Plant a Tree

We encourage you to share your most beloved memories of John here, so that the family and other loved ones can always see it. You can upload cherished photographs, or share your favorite stories, and can even comment on those shared by others.

Plant a Tree in Memory of John
Plant a tree 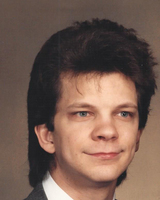