To share your memory on the wall of Joe Simpson, sign in using one of the following options:

Provide comfort for the family of Joe Simpson with a meaningful gesture of sympathy.

Print
Joe Taylor Simpson, 84, of Altheimer, went to be with our Lord on Saturday, October 12th, 2019. He was a resident of the Garden Pointe Assisted Living Community, which he had called home for the past three years.

Joe graduated college wi... Read More
Joe Taylor Simpson, 84, of Altheimer, went to be with our Lord on Saturday, October 12th, 2019. He was a resident of the Garden Pointe Assisted Living Community, which he had called home for the past three years.

Joe graduated college with a BSE in Biology from North Texas State University in Denton, TX, and taught Biology classes at Denton High School for several years after graduating.. He was called back to his home state of Arkansas to fulfill the position of Superintendent of the Wabbaseka school district, where he gained notariaty as the youngest superintendent in the history of the state. He went on to acquire a Masters degree in education and a Masters degree as an education specialist, both from the University of Arkansas. After his tenure in the Wabbaseka school district, he served as an elementary school principal in the Pine Bluff school district at Indiana St Elementary, Greenville Elementary and Sam Taylor Computer Magnet school. He was active in numerous education programs throughout the state.

As for his military career, shortly after high school graduation from Willie K. Hocker in 1953, he enlisted in the armed forces and was stationed in Germany for 3 years. After coming home, marrying, and having a family and an education career, he reenlisted in the Army Reserve. Joe spent each and every summer serving as active and reserve at bases all over the U.S. and in Germany again, as a munitions specialist, until his retirement in 1995. He obtained many honors during his service, retiring with an officer's rank CWO4

Joe was always involved with the Lions Club in Altheimer, where he served as president for many years. He was also faithful to the Altheimer Methodist Church for several decades serving as board member, choir member, head of pastor/parish relations, sunday school teacher and lay leader.

He enjoyed many hobbies: hunting, fishing, woodworking, metalworking. But his favorite thing was spending time with family, especially with his grandchildren who he loved so much. Lots of his enjoyment was cooking breakfast every morning for his beloved wife, Imogene, or cooking for the whole family.
He was such a sweet dad and granddad. We all will miss him.

Survivors include his daughter and only child, Jean Rene' Simpson Leus and her husband James Alan Leus; grandson, Paschall Alan Leus and wife Charlene Dorothy Heimsch Leus; granddaughter, Christian Rene' Leus; great-granddaughter, Alexandra Mae Leus, child of Paschall and Charlene Leus; and numerous beloved cousins from the Altheimer area, and nieces and nephews from Texas and Alabama. He loved his family so much and all the family dearly loved him. He was known as "Bo" to his cousins, "Cawcaw" to his grandchildren, and "Uncle Joe", the funniest and favorite uncle.
He will be truly missed by all, but we have the reassurance and comfort in knowing that he has soldiered on to a far better place.

Receive notifications about information and event scheduling for Joe

There are no events scheduled. You can still show your support by sending flowers directly to the family, or planting a memorial tree in memory of Joe Taylor Simpson.
Plant a Tree

We encourage you to share your most beloved memories of Joe here, so that the family and other loved ones can always see it. You can upload cherished photographs, or share your favorite stories, and can even comment on those shared by others.

Posted Oct 19, 2019 at 02:28pm
Joe was like a brother to me, growing up together with two mothers that we inseparable. I will so miss his jovial personality and treasure the time we shared together while he was at Garden Point. I will always miss him. Fran
Comment Share
Share via:
AP

Posted Oct 19, 2019 at 02:27pm
I was saddened to hear of Mr. Simpson's passing. He was a wonderful educator and an asset to the Pine Bluff District. The family is in my thoughts and prayers during this time of grief.
Comment Share
Share via:
FH

Posted Oct 19, 2019 at 02:26pm
Joe was like a brother to me, I loved him and so remember him as I grew up as a gentle loving person. We shared many memories on my visits to him while he was at Garden Point. I will truly miss his laughter and jokes. He never seem to have a down day always jovial.
Comment Share
Share via:
PM

Posted Oct 19, 2019 at 01:01am
Rene, I am so sorry for your loss. I did not realize your mom had passed away also. Your parents were the sweetest people. I remember them mostly from our time at Jefferson Prep. They were so proud of you. My prayers are with you.
Comment Share
Share via:
RH

Posted Oct 18, 2019 at 09:00pm
Rene, I am so sorry to hear of your Dad's passing. He and your mom were so kind to our family. I know he was thrilled to see "Miss Imogene" again. Prayers for your family. 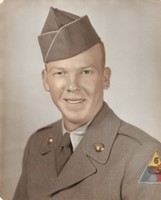 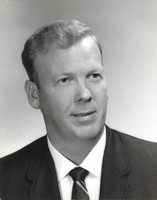