To share your memory on the wall of Jim Hill, sign in using one of the following options:

Born September 29, 1932 in the Fairview community in Lonoke County, he was a son of the late James Marion Hill and Marietta “Cricket” High... Read More
James Marion “Jim” Hill, Jr., passed away Tuesday, October 1, 2019 at the age of 87 years.

Born September 29, 1932 in the Fairview community in Lonoke County, he was a son of the late James Marion Hill and Marietta “Cricket” High Hill. He was a 1950 graduate of Lonoke High School.

Jim retired from Entergy (Arkansas Power and Light Company) as procurement coordinator in 1991 after a 38-year career. He served as a board member for the Pine Bluff Convention Center and Visitors Bureau and was a member of the Festival of Lights Board. He was alsoa longtime member of Olive Branch Missionary Baptist Church.

Jim’s full-time hobby and passion was taking care of Taylor Field, which is an old WPA ballpark that has attracted six Babe Ruth World Series tournaments, a Babe Ruth Girls’ Softball World Series, a Class-A Pro Baseball Club and a 1995 NAABT Tournament, which was telecast on ESPN.

The funeral service will be held Saturday, October 5, 2019, 10:30 a.m. at Olive Branch Missionary Baptist Church with Dr. Roger Stewart officiating. A graveside service will follow at 2:30 p.m. in Oak Grove Cemetery in Lonoke County by Ralph Robinson and Son.

To send flowers to the family or plant a tree in memory of Jim Hill, please visit our Heartfelt Sympathies Store.

Receive notifications about information and event scheduling for Jim

We encourage you to share your most beloved memories of Jim here, so that the family and other loved ones can always see it. You can upload cherished photographs, or share your favorite stories, and can even comment on those shared by others.

MaryRoss, Bud and Hayden, Hunt and Lauren Taylor and With love, Robin & Jay Graham sent flowers to the family of Jim Hill.
Show you care by sending flowers

Posted Oct 05, 2019 at 10:14pm
Mr Hill was such a faithful servant to the community. Pine Bluff was a greater community because of this. God bless his family in their loss.
Steve Perryman

Posted Oct 03, 2019 at 08:16pm
Our prayers for the family! He was such a wonderful person, so kind and friendly! Always a smile on his face. Such an honor to have known him and will be missed by everybody! A good and faithful servant. We will see you over yonder, Mr. Hill ! Kay and David Reed
Comment Share
Share via:
RB

Posted Oct 03, 2019 at 04:54pm
To the families and friends of Jim (Pistol) Hill,
It was our pleasure to have the company of Pistol and his wife and family at Many of our Grandchildren Day Programs. We went to celebrate usually at one of the local restaurants. He was forever getting the tab for these occasions. His and his family’s company will long be cherished by us. Again I want his family know how much we appreciated this. RIP Pistol and thanks agin for the memories!
Mr. and Mrs. Robert Baxter
Comment Share
Share via:

Posted Oct 03, 2019 at 01:50pm
Our loss is heaven's gain. We know you will be just as busy doing good up there as you always were here. Prayers for the Hill family as you move through this time of loss.
Comment Share
Share via:
RF

Posted Oct 03, 2019 at 11:55am
Praying for comfort and peace for family and friends. I was one of the thousands of young ballplayers and adults that Jim made a positive impact on. His legacy and sacrificial heart will long be remembered and shared!
Comment Share
Share via: 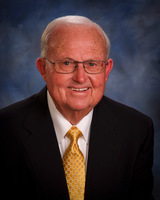 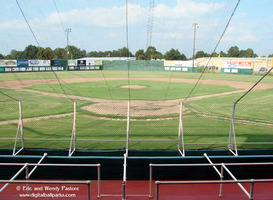 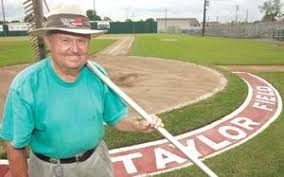 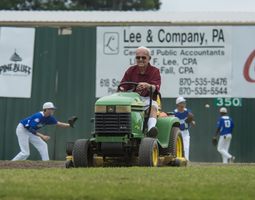