To share your memory on the wall of Jesse Yarbro, sign in using one of the following options:

He was preceded in death by his parents, a brother, Robert Dennis Yarbro, and two grandsons, William Charles Brown and Jesse Landon Yarbro, Jr.

Funeral services will be held at 2:30 P.M. Sunday, June 13, 2021, at White Hall United Methodist Church with the Rev. Doug Phillips officiating. Burial will follow in the White Hall Methodist Cemetery under the direction of Fuller Hale-South Funeral Home.

Memorial contributions may be made to St. Jude Children’s Research Hospital in Memphis.
Read Less

To send flowers to the family or plant a tree in memory of Jesse Leroy Yarbro, please visit our Heartfelt Sympathies Store.

Receive notifications about information and event scheduling for Jesse

We encourage you to share your most beloved memories of Jesse here, so that the family and other loved ones can always see it. You can upload cherished photographs, or share your favorite stories, and can even comment on those shared by others.

Posted Jun 14, 2021 at 08:55am
So sorry to hear this, Jesse “Sonny” was a very dear and long time family friend he will be missed. We will be praying for you all.
Comment Share
Share via:
RS

Posted Jun 11, 2021 at 10:42pm
Super Jess was a dedicated railroad engineer. He was always friendly and just a good guy!! I worked on the same railroad.
Comment Share
Share via:
WB

RIP Jesse. You were certainly the best! 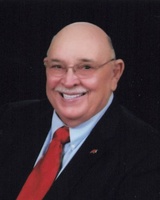