To share your memory on the wall of Harold Staton, sign in using one of the following options:

Born August 18, 1933 at Lonoke, he was a son of the late William Blake Staton and Elvie Gertrude Parker Staton. He was a graduate of Lonoke High School... Read More
Harold Lloyd Staton, age 87, of Pine Bluff, passed away Wednesday, December 23, 2020.

Born August 18, 1933 at Lonoke, he was a son of the late William Blake Staton and Elvie Gertrude Parker Staton. He was a graduate of Lonoke High School.

In 1962, he founded Pine Bluff Truck and Trailer Manufacturing, which he owned and operated until his death.

Mr. Staton was a member of Calvary Baptist Church in White Hall.

To send flowers to the family or plant a tree in memory of Harold Staton, please visit our Heartfelt Sympathies Store.

Receive notifications about information and event scheduling for Harold

We encourage you to share your most beloved memories of Harold here, so that the family and other loved ones can always see it. You can upload cherished photographs, or share your favorite stories, and can even comment on those shared by others.

Tyler, Mark, DC, and Everyone at Haldex sent flowers to the family of Harold Staton.
Show you care by sending flowers

Posted Jan 25, 2021 at 11:23am
Condolences and sympathies to the Staton Families for their losses. Mr. Harold and Mrs. Dean were fine Christian people who are joined together in GOD’s Kingdom. Our prayers for peace and strength are with all your families, may GOD Bless. Jeff & Kristie Wilson
Comment Share
Share via:
JF

Posted Jan 16, 2021 at 12:45pm
So terribly sorry for your loss. The pain is unbearable I'm sure...we love you all so much and we are sending up huge prayers. With love, Morgan, Liam, and Ally Moore
Comment Share
Share via:
MP

Posted Jan 12, 2021 at 02:22pm
With heartfelt condolences to the Staton family. Rest in peace and God bless you, Harold. 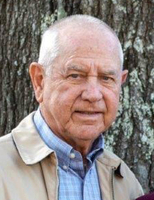 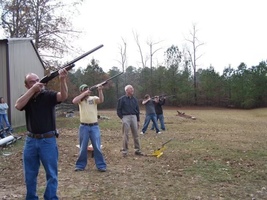