To share your memory on the wall of Gary Spencer, sign in using one of the following options:

Born December 2, 1960 at San Diego, CA, he was a son of the late James Phillip Spencer, Sr. and Jessie Carol Graham Spencer. He had lived in New York and ... Read More
Gary Allen Spencer, age 60, of Pine Bluff, passed away Thursday, February 4, 2021.

Born December 2, 1960 at San Diego, CA, he was a son of the late James Phillip Spencer, Sr. and Jessie Carol Graham Spencer. He had lived in New York and Florida before moving to Pine Bluff, where he graduated from Pine Bluff High School in 1979.

He loved hunting and fishing and was an all-around great guy. He especially enjoyed spending time with his grandchildren. He took care of all his family members, and was the “glue” that kept everyone close.
In addition to his parents, he was predeceased by a brother, Mark Spencer and a sister, Carol Lynn Becker.

To send flowers to the family or plant a tree in memory of Gary Spencer, please visit our Heartfelt Sympathies Store.

Receive notifications about information and event scheduling for Gary

We encourage you to share your most beloved memories of Gary here, so that the family and other loved ones can always see it. You can upload cherished photographs, or share your favorite stories, and can even comment on those shared by others.

Your PR family, 4 x 4 Hunting Club, and other have sent flowers to the family of Gary Spencer.
Show you care by sending flowers

Your PR family purchased flowers for the family of Gary Spencer. Send Flowers 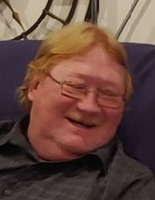