To share your memory on the wall of Ernest Irwin, sign in using one of the following options:

Mr. Irwin was a member of THE GREATEST GENERATION, as described by Tom Brokaw in his book by the same name. He endured the Great Depression and served his country during WWII while in the US Navy. He was a member of a Naval bomber crew, flying on a PV2 aircraft from the island of Guam. He was crew chief and aerial gunner for the crew, using twin 50 caliber machine guns to defend the plane and crew against the Imperial Japanese pilots. He could tell some tales. When the war ended, he returned home to help rebuild America by beginning his business repairing auto starters and generators. His first shop was in Little Rock where he met his wife of 64 years, Florine. Later, he moved to Pine Bluff and started a business, Irwin Auto Electric which is still operating in Pine Bluff today. He worked in the shop for many years with his son Billy Mack Rester and his great-grandson Patrick Rester.

He was an avid bass fisherman as evidenced by the many photos of the big bass he caught which are pasted on the walls of his shop.

He was a dedicated member of First Baptist Church in Pine Bluff. He loved his country, his family and his God and will be remembered as an inspiration to many as well as a “teller of tall tales”.

Our endearing gratitude to the staff and caregivers of Trinity Village in Pine Bluff for their excellent and dedicated care.

A celebration of his life will be held at 3:00 P.M. Sunday, June 7, 2020, at First Baptist Church with the Rev. Ken Thornton officiating. Burial will follow in Memorial Park Cemetery. The service will be live-streamed at www.fullerhalesouth.com for those who are unable to attend.

To send flowers to the family or plant a tree in memory of Ernest D. Irwin, please visit our Heartfelt Sympathies Store.

Receive notifications about information and event scheduling for Ernest

We encourage you to share your most beloved memories of Ernest here, so that the family and other loved ones can always see it. You can upload cherished photographs, or share your favorite stories, and can even comment on those shared by others.

With Love, Jim,Chris,Don,Steph,Lexie,Glenda and T sent flowers to the family of Ernest D. Irwin.
Show you care by sending flowers

Posted Jun 15, 2020 at 10:33pm
Papaw Irwin was a grandpa to me when I first became a Christian and when I was young and just married. Him and his wife would take me to lunch after church on a regular basis. He even took me fishing! I’m not sure I caught anything but a sunburn but I sure loved spending time with him and his family. He showed me the unconditional love of Jesus. Years later, in 2013, my son passed away. There he was at the church at his funeral. Amazing man. His whole family is amazing. His daughter Judy, his son Billy Mack. He must of been one heck of a dad to raise and lead such an amazing family! Much love to all of his family. Jayme Procell
Comment Share
Share via:

Posted Jun 09, 2020 at 01:35pm
Marilyn and I have been blessed by our Lord putting Duke in our path of life on this earth. What an honor to have been the pastor for several years of Duke. He loved his country, his family, his church family and loved the Lord. He was always at the door to greet people as they walked into the church. Space will not permit me to give all the attributes of Duke Irwin. I know that he is having a great time this day in Heaven. If all of us could be as Duke Irwin this world would be more trouble free. To all the family we want you to know we are praying for you during these days as only God can give you the peace that passes understanding. We love you all. In His Love, Elwin Ollar
Comment Share
Share via:
DD

Posted Jun 07, 2020 at 06:32pm
Dear fellow family and friends of Duke. Roberta and I join all in the sadness of our earthly separation from Uncle Duke, but rejoice in his freedom from the pain, cares, and separation of life here. True to his obituary, he is assuredly happy to be with Jesus, his Lord, and Florine as well as all of the friends and family who preceded him. We share many happy memories of Duke, having known him since he mustered out of the Navy and before he and Florine married back in Little Rock in 1946. He was truly a great storyteller. We all delighted in his whopping fish tales, stock market successes (never any failures, as his stories went,) and most of all, his and Florien's hobby of haggling for "stuff" at endless garage sales. At one time they had to build a separate barn to contain all of the garage sale "stuff" that they would never ever part with themselves. Judy and Billy Mac, we urge you to carefully and thoroughly inventory that "stuff" as there may likely be some true valuables amongst all of it. We are so sad to have missed Duke's visitation and funeral there. He was the very last of the generation before us in our family, and we had many plans of seeing him again in recent years. So now we join all of you in mourning his passing, but look forward to seeing him again in glory and hearing his fishing stories from his fishing in the crystal river in Heaven. Much love to all, David and Roberta DeRossett.
Comment Share
Share via:
RR

Posted Jun 07, 2020 at 09:52am
Missed you for years & will continue to think of you and Aunt Flo for the rest of my days. I wish my son Robert would have known you. Love Robin

I am so grateful Denise that you thought of me and I was able to see the service live. I can really relate to the story of Uncle Duke and Kmart. He took me shopping once when Aunt Flo and Uncle Duke came to see my grandparents Wally and Bobbie (Aunt Flo's sister) Balliet. Uncle Duke decided to take me to KMart. Well, he started trying to jew the girl down on two pairs of jeans for me LOL he embarrassed me so much I went to the other side of the store but I could still see him, teasing the associate and smiling at me lol. He didn't get his way but we had a laugh and its something I will never forget. I loved this man there are things that I will never forget that he taught me and told me. Him and Aunt Florine were one of a kind. They did not judge they loved you and didn't take it upon themselves to just think things up that weren't true. I Really wish my son could've been in their lives. I will miss those days so much 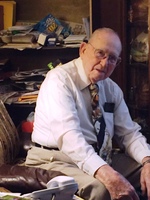 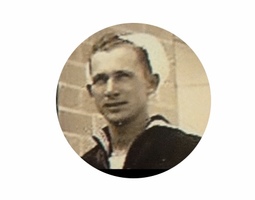