To share your memory on the wall of Dr. Calvin Bracy, sign in using one of the following options:

Provide comfort for the family of Dr. Calvin Bracy with a meaningful gesture of sympathy.

He served in the United States Army and served at the Red Stone Arsenal in Huntsville, Alabama, where he served as Chief OB/GYN.

Dr. Bracy then started his OB/GYN practice in Pine Bluff, where he served for the next 40 years at Jefferson Regional Medical Center and delivered thousands of babies in South Arkansas. Dr. Bracy treated every patient with special care and attention, and dearly loved his work and caring for people.

Dr. Bracy enjoyed duck hunting and golf, but his favorite past-time was spending time with his grandchildren.

He was also a member of Ducks Unlimited and was a member of First United Methodist Church of Pine Bluff.

We encourage you to share your most beloved memories of Dr. Calvin here, so that the family and other loved ones can always see it. You can upload cherished photographs, or share your favorite stories, and can even comment on those shared by others.

Team Carver: Courtney, Adina, and Kari Ann, Luana Bracy, and others have sent flowers to the family of Dr. Calvin McRae Bracy.
Show you care by sending flowers

Posted Dec 12, 2019 at 03:43pm
Dr. Bracy was a fine man, and a great friend to my family and so many others. I have many good memories involving Dr. Bracy, Melinda, Cal, and Brian. I know Brian will continue to do his parents proud, and to continue to uphold the excellent Bracy name and legacy. God bless them all, Mike Pickens
Comment Share
Share via:
CG

Posted Nov 16, 2019 at 12:32pm
My deepest sympathy to the family of my friends, Dr. Calvin and Melinda Bracy. We have been friends since school in Little Rock. He also delivered most of my grandchildren. He was always supportive and his good humored demeanor was always a comfort. He will be missed. Now with the passing of Melinda as well I am praying for our Lord Jesus to embrace your family at this difficult time. All our love and prayers are with you all.
Comment Share
Share via:

Posted Nov 15, 2019 at 04:42pm
I am Jeannette James I was a patient of Dr. BRACY FOR 22 YEARS TO ME Dr. BRACY WAS MORE THAN JUST MR DR. BUT ALSO SOMEONE THAT REALLY CARED ABOUT MY HEALTH AND WELL BEING AND FOR THAT I AM DEEPLY SADDENED AND I WILL MISS HIM DR. BRACY WAS THE BEST OF HIS PROFESSION!
I ALSO HAD THE OPPORTUNITY TO MEET AND GET TO KNOW HIS BELOVED WIFE MELINDA BRACY SHE WAS A BEAUTIFUL WOMAN AND I JUST HAVE TO SAY WORDS CAN'T EXPRESS HOW DEEPLY SADDENED THAT I AM. I PRAY THAT THE LORD WILL GIVE HIS ENTIRE FAMILY THE STRENGTH AND COURAGE TO CONTINUE ON AND KNOW THAT THEY SHOULD BE VERY PROUD OF THE LEGACY OF DR. AND MRS. BRACY!
SINCERELY
JEANNETTE JAMES
Comment Share
Share via:
AP

Posted Nov 09, 2019 at 08:37pm
Dr. Bracy delivered our third son, Stuart, just after we moved to Pine Bluff in 1982. He was the soul of kindness, graciousness, and patience. We always thought this third baby was going to be a another boy (no ultrasound back then) and we only had boy's names picked out. Dr. Bracy said if it was a girl he was going to name her Myrtle. Stuart was 10 days late, I was scared to death of being induced, and then we had to call to call Dr. Bracy to the hospital in the middle of the night . I felt so awful, but he was so kind though it all. When Stuart was born, he said, "It's Stuart Myrtle!" and gave us all a laugh. I am thankful to have known him and Melinda and pray comfort and peace for you and Bryan and your grandchildren. Ann Pierce
Comment Share
Share via:
C 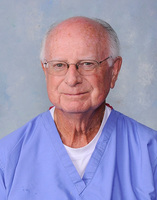