To share your memory on the wall of Doug Dempsey, sign in using one of the following options:

He was educated in Pine Bluff and graduated from Pine Bluff High School. He graduated later from Arkansas State University and was commissioned as a Second Lieutenant in the United States Army.

His first duty station was at Fort Lee, Virginia for the United States Army Quartermaster Officers School. Upon graduation, he was posted to Fort Polk, Louisiana. While at Fort Polk, he was webmaster for the post’s Y2K preparation.

Following his duties at Fort Polk, he was reassigned to Fort Lee. From Fort Lee he was assigned for a tour of duty as a member of the United States Army contingent of the United Nations peacekeeping force in the Sinai Peninsula. At the conclusion of this tour, he returned to Fort Lee, left active duty and joined the Army Reserve in Northwest Arkansas.

His reserve unit was twice deployed to tours of duty in Iraq and in 2014 was deployed to Dijbouti, Africa. Upon his return from Africa, he joined the 362nd Psychological Operations Company (USAR). In 2014, he was named commanding officer of the unit.

In 2019, he retired from the Army Reserve with the rank of Major and moved to Columbia, Missouri.

Doug’s civilian career was in cutting-edge Information Technology. He worked in the IT departments of Wal-Mart and most recently Tyson Foods, where he was an enterprise inventory management coordinator. In that position, he traveled to Tyson plants to implement SAP enterprise procedures and train company personnel.

A celebration of Doug’s life will be conducted at Fuller Hale-South Funeral Home Friday, January 17 with a visitation period at 9:00 a.m. and a funeral service following at 10:00 a.m. A committal and military honors service will be held at 1:00 p.m. at the Arkansas Veteran’s Cemetery in North Little Rock. On-line condolences may be made at www.FullerHaleSouth.com
Read Less

To send flowers to the family or plant a tree in memory of Doug Dempsey, please visit our Heartfelt Sympathies Store.

Receive notifications about information and event scheduling for Doug

We encourage you to share your most beloved memories of Doug here, so that the family and other loved ones can always see it. You can upload cherished photographs, or share your favorite stories, and can even comment on those shared by others.

Love your Hampton Family and 362nd Soldiers-PSYHOGS sent flowers to the family of Doug Dempsey.
Show you care by sending flowers

Posted May 03, 2020 at 08:28pm
Doug and I were CHU mates in Iraq. He was always making a joke and a really nice guy. I cant believe he is gone.
Comment Share
Share via:

Posted Jan 17, 2020 at 03:06pm
Doug and I were fraternity brothers at Arkansas State. Although I wasn’t able to be there today I will always remember what a fun guy Doug was to be around. He made our pledge semester more fun than I otherwise would have been.
Comment Share
Share via:
JO

Posted Jan 15, 2020 at 11:40pm
To my sweet Doug...I'm gonna miss you Buddy! To the family, our sincerest condolences. JoAnne and JD Browning 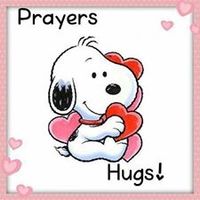