To share your memory on the wall of Donnie Williams, sign in using one of the following options:

Born October 27, 1947 at Tamo, he was a son of the late James Washington Williams and Annie Bell Daughtery Williams.

Born October 27, 1947 at Tamo, he was a son of the late James Washington Williams and Annie Bell Daughtery Williams.

An avid outdoorsman, Mr. Williams enjoyed hunting and fishing, however his greatest joy was spending time with his family & friends and spoiling his grandchildren.

In addition to his parents he was preceded in death by six siblings, Robert, Leonard, Myrtle, Juanita, Imogene and Ora.

Visitation will be Friday from 1:00 p.m. until service time.
Read Less

To send flowers to the family or plant a tree in memory of Donnie Williams, please visit our Heartfelt Sympathies Store.

We encourage you to share your most beloved memories of Donnie here, so that the family and other loved ones can always see it. You can upload cherished photographs, or share your favorite stories, and can even comment on those shared by others.

Posted Mar 10, 2019 at 12:00am
Sincere sympathy to a brother railroad worker for many years. An all around good guy. Billy and Gail Spadoni
Comment Share
Share via:
MC

Posted Mar 08, 2019 at 12:00am
You'll be missed like a father to me. Great memories taught me how to act like a man and work ethics. I know I just called him uncle donnie but he was much more.
Comment Share
Share via:
NO

Posted Mar 07, 2019 at 12:00am
Our deepest condolences. It was always a pleasure when Mr. Williams came into our office The Staff of New Hope Prosthetics and Orthotics, Pine Bluff Office
Comment Share
Share via:
FJ

Posted Mar 07, 2019 at 12:00am
No one can ever prepare for losing a love one. The hope of the resurrection can help us to deal with the pain. May we keep the hope of seeing our love ones again.
Comment Share
Share via:
LM 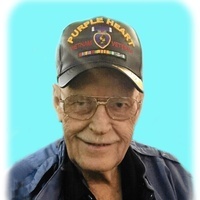