To share your memory on the wall of Don Knight, sign in using one of the following options:

To send flowers to the family or plant a tree in memory of Don Knight, please visit our Heartfelt Sympathies Store.

We encourage you to share your most beloved memories of Don here, so that the family and other loved ones can always see it. You can upload cherished photographs, or share your favorite stories, and can even comment on those shared by others.

Posted Apr 01, 2019 at 12:00am
Mrs. Knight, Jan, Jill and the rest of the family. You all are in my thoughts and prayers. My very first job was working at Poncho's and I have such fond memories of Mr. and Mrs. Knight. I will also never forget the kindness that they both always extended to my Mother. I am continuing to pray for the family.
Comment Share
Share via:
BA

Posted Mar 16, 2019 at 12:00am
JoAnn, I am so saddened to learn of Coach Knight's death. I have nothing but happy memories of him at Watson Chapel. Our 1960 Class was always pleased to have you and him attend many of our reunions. He was a wonderful man and had such a positive impact on the lives of so many. My prayers are with you and your family.
Comment Share
Share via:
BU

Posted Mar 15, 2019 at 12:00am
Coach Knight was a great teacher and coach. He will be remembered by so many of us.
Comment Share
Share via:
BC

Posted Mar 10, 2019 at 12:00am
Coach Knight was a good man who made positive impact on many young lives. Including mine. RIP Coach.
Comment Share
Share via: 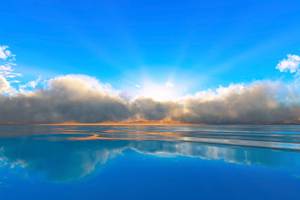