To share your memory on the wall of Dean Staton, sign in using one of the following options:

Born Mary Dean Krisell on December 28, 1937 at Humnoke, she was a daughter of the late Moses Hobart “M. H.” Krisell and Jessie Edna Matthews Krisell. She lived her early life in Lonoke County and attended school at England.

Mrs. Staton worked in her family’s business, Pine Bluff Truck and Trailer Manufacturing for 30 years, and retired in 1998. She was a member of Calvary Baptist Church at White Hall.

To send flowers to the family or plant a tree in memory of Dean Staton, please visit our Heartfelt Sympathies Store.

Receive notifications about information and event scheduling for Dean

We encourage you to share your most beloved memories of Dean here, so that the family and other loved ones can always see it. You can upload cherished photographs, or share your favorite stories, and can even comment on those shared by others.

Posted Jan 16, 2021 at 06:15pm
So sorry for the loss of both Dean and Harold. Always looked forward to seeing them at the Krisell family reunions. Keeping the family in my prayers. They're probably visiting with Florence and Harley Camp and my parents R.L. and Jeanne Henderson. Melinda Henderson

Posted Jan 16, 2021 at 01:03pm
Dean Staton brought so many gifts to our life! She was so sweet and caring, and loved so well. We will never forget her!

Posted Jan 16, 2021 at 12:44pm
So terribly sorry for your loss. The pain is unbearable I'm sure...we love you all so much and we are sending up huge prayers. With love, Morgan, Liam, and Ally Moore
Comment Share
Share via:
M

Posted Jan 14, 2021 at 04:31pm
Sorry to hear of your loss, both Dean and Harold going to Glory is precious but they are going to be missed. They were very close to our family. The tales that Dean used to tell about my mom, her and the guys were funny and I will cherish them always. Love, Meredith and Family
Comment Share
Share via:
AS 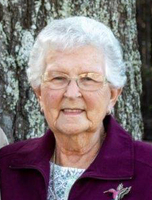