To share your memory on the wall of Dale Hale, sign in using one of the following options:

Provide comfort for the family of Dale Hale with a meaningful gesture of sympathy.

To plant a memorial tree in honor of Dale Hale, please visit our Heartfelt Sympathies Store.

Receive notifications about information and event scheduling for Dale

There are no events scheduled. You can still show your support by sending flowers directly to the family, or planting a memorial tree in memory of Dale Hale.
Plant a Tree

We encourage you to share your most beloved memories of Dale here, so that the family and other loved ones can always see it. You can upload cherished photographs, or share your favorite stories, and can even comment on those shared by others.

Posted Aug 09, 2019 at 12:00am
Rest in peace, Mr. Dale. It was a pleasure doing business with you...even when you were rather irritated that I didn't want to lose you as an agent although I moved to Missouri and made your life a little difficult all those years ago. You were the BEST! Better than any agent I've had since then.
Comment Share
Share via:
TB 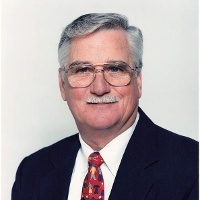