To share your memory on the wall of Court Doss, sign in using one of the following options:

He grew up in Batesville, Arkansas where he graduated... Read More
Courtney “Court” Earl Doss, 40, of Pine Bluff passed away at his home, Saturday, June 15, 2019.

He grew up in Batesville, Arkansas where he graduated with the class of 1997. After living in Tulsa, OK, Court moved to Pine Bluff to help his father run Pawn Stars of Malvern and later opened his own Pawn Stars of Sheridan.

He was a boxing aficionado, a movie buff, and a gifted writer.

He will be deeply missed. If Court was part of your life, you were guaranteed laughter.

He was preceded in death by his father, Don Doss on May 9, 2019; grandparents, Barney and Lela Doss; and an uncle, Jack Doss.

Left to mourn his loss are his mother, Rita Doss of Conway; two brothers, Shane Doss of Conway, and Todd Doss of Winter Springs, FL; an aunt, Betty Anders of Kingsville, TX,; his best friend, SFC Casey Miller stationed in Hawaii; goddaughter Keira Stalnacker; his girlfriend, Aneesha; many members of the Vietnamese and Hispanic communities who considered him family; and several cousins and other loving family and friends.

Court loved animals and rescued many. In keeping with his character, memorial donations in Courtney's name may be made to the Humane Society of Independence County in Batesville, Arkansas or volunteer your time at your local animal shelter in his memory.

A private memorial service will be held at a later date.
Read Less

To plant a memorial tree in honor of Court Doss, please visit our Heartfelt Sympathies Store.

Receive notifications about information and event scheduling for Court

There are no events scheduled. You can still show your support by sending flowers directly to the family, or planting a memorial tree in memory of Court Doss.
Plant a Tree

We encourage you to share your most beloved memories of Court here, so that the family and other loved ones can always see it. You can upload cherished photographs, or share your favorite stories, and can even comment on those shared by others.

Posted Jun 27, 2019 at 12:00am
Court was sweet and loving and courteous. His father was the love of my life and Court added more love to our relationship. I will always be grateful for his love and support when his father passed. He and his brothers have enriched my life!
Comment Share
Share via:
SJ

Posted Jun 25, 2019 at 12:00am
Court was such a kind soul! Prayers of strength and comfort to his family and friends during this time of tragic loss. ??
Comment Share
Share via:
KL

Posted Jun 25, 2019 at 12:00am
Rita and Shane, Michael, Amanda, and I are so very sorry. We have so many happy memories of Courtney and your family. May God Bless you and give you strength.
Our love to you, Kathy
Comment Share
Share via:
DW

Posted Jun 24, 2019 at 12:00am
So sorry for his family, as they will miss him greatly. My deepest sympathy to his wonderful, loving family.
Comment Share
Share via:
RB

Posted Jun 24, 2019 at 12:00am
To the family Court was a wonderful man we will miss him our prayers are with you all
Comment Share
Share via: 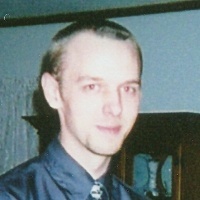 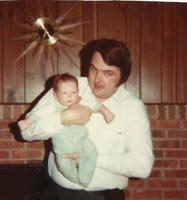