To share your memory on the wall of Corine Powell, sign in using one of the following options:

Born April 13, 1927 at Parkdale (Ashley County), AR, she was a daughter of the late Samuel Milton Grice and Alma Morehead Grice. She spent her early life in Parkdale and then moved to Bastrop, LA. She then moved from Bastrop to Pine Bluff in 1958.

Mrs. Powell worked in retail sales for many years in Pine Bluff. She started at TG&Y and continued a 19-year career at Baim’s Department Store, where she was the manager of the Men’s Department. After Baim’s closed, she worked for Stage in Jefferson Square for five years.

In addition to her parents, she was predeceased by her husband, H. S. Powell, Jr. in 1999. She was also preceded in death by her daughter Brenda Stephens, three brothers, J D Grice, Grayson Grice, and James Grice; and two sisters, Lillian Murdock, and Alma Gertrude Powell.

Mrs. Powell was a member of St. Joseph Catholic Church and the Catholic Daughters of America.

The family will greet friends following the service.
Read Less

To send flowers to the family or plant a tree in memory of Corine Grice Powell, please visit our Heartfelt Sympathies Store.

Receive notifications about information and event scheduling for Corine

We encourage you to share your most beloved memories of Corine here, so that the family and other loved ones can always see it. You can upload cherished photographs, or share your favorite stories, and can even comment on those shared by others.

Posted Feb 23, 2021 at 05:08pm
Dear John, Joe and family,
I am very sad to learn of your Mom's passing. I will never forget her making me several
outfits when I was a teenager. She was always so nice to me. Please know I am thinking of you all during this difficult time.
Lucy Massanelli McNew
Comment Share
Share via:
CH

Posted Feb 17, 2021 at 07:56pm
She was a truly awesome lady. One of the good ones. Prayers to the family. So sorry. She touched everyone she meet. Sweet Spirit🙏🏻
Comment Share
Share via:
DM

Posted Feb 13, 2021 at 03:51pm
Marie, John and Joe We are sorry for the loss of your sweet mom. We have so many good memories of all of us growing
up together and your mom was very special to us. Please know that you are all in our thoughts and prayers. Teresa, Vickie
Comment Share
Share via:
RF 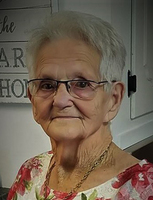 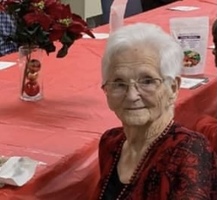