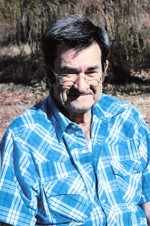 Charles E. Pennington, 75, of Pine Bluff, passed away Thursday, December 5, 2019, at his home.
Mr. Pennington was born December 17, 1943, in Malvern, Arkansas, to the late Pete and Lorene Woodall Pennington. He was reared and received his education in Malvern, where he graduated from Malvern High School. He joined the United States Army and served in the Vietnam War.
Mr. Pennington worked at International Paper Company (currently Evergreen Packaging) in the Groundwood Mill and retired from there after 38 years.
He was a member of Sulphur Springs Baptist Church and was a former Captain and Treasurer of Watson Chapel Volunteer Fire Department. In his free time, he really enjoyed hunting and fishing with family and friends.
His survivors include his two sons, Brian (Kellie) Pennington of White Hall and Leslie (Sharon) Pennington of Pine Bluff; five grandchildren, Alyssa Pennington, Winter Mitchell, Kimberly Overton, Brandon Worsham, and Kirsten Pennington; seven great-grandchildren; brother, Dan (Kathy) Pennington of Mayflower.
He was preceded in death by his parents and his wife, Phyllis Daniel Pennington whom he married on November 14, 1963, in Malvern, Arkansas.
The family will receive friends Sunday, December 8, 2019, 2:00-4:00 PM, at Robinson’s.
A graveside funeral service will be Monday, December 9, 2019, 10:30 AM, at Fitzhugh Cemetery with Pastor David Holcomb officiating.
In lieu of flowers, the family has asked that donations take the form of contributions to Veterans of Foreign Wars post # 4455, 1518 East Harding, Pine Bluff, Arkansas 71601.