To share your memory on the wall of Charles Bell, sign in using one of the following options:

To send flowers to the family or plant a tree in memory of Charles Bell, please visit our Heartfelt Sympathies Store.

We encourage you to share your most beloved memories of Charles here, so that the family and other loved ones can always see it. You can upload cherished photographs, or share your favorite stories, and can even comment on those shared by others.

Posted Jun 28, 2019 at 12:00am
Fonda and family,
You and Charles have been great friends to me for many years. So sorry
for your loss but it is heaven's gain. It has always been a blessing to see
you at all our ABA Meetings. I am so sorry I was not able to attend the
funeral for Charles but was in Knoxville, TN working on the 94 Annual
Session of American Baptist Association. God bless you all.
Comment Share
Share via:
PS

Posted Jun 16, 2019 at 12:00am
Sorry he is gone from this earth but he is in a much better place now! I know he will be greatly missed.
Comment Share
Share via:
DF

Posted Jun 16, 2019 at 12:00am
Charles was not only a wonderful boss to me, but he and his family were very special friends to our family. I am so thankful that I got to see him last Monday and visit with Fonda, Crystal, Brad and Jackson. Edgewood was always a family and we went through many happy and sad times together over the years. Yesterday was another one of those times as we came together to share memories of Charles Bell. It was a very comforting service. Our thoughts, love, and prayers will continue to be with Fonda, Crystal, Brad, Jackson and the other family/friends as they continue down this difficult road.
Comment Share
Share via:
SS

Posted Jun 16, 2019 at 12:00am
Fonda and family, my thoughts and prayers are with you during this difficult time in your lives. God Bless.
Comment Share
Share via:
MC

Posted Jun 15, 2019 at 12:00am
Fonda, Crystal and family,
You have been in my thoughts and prayers this week. Mr. Bell was a wonderful man and I am so grateful I was able to work with him at Edgewood. I would have loved to have attended the funeral but just saw that it occurred today. In love and sympathy, Michele
Comment Share
Share via: 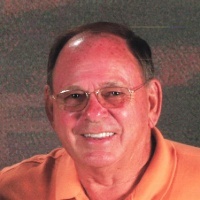