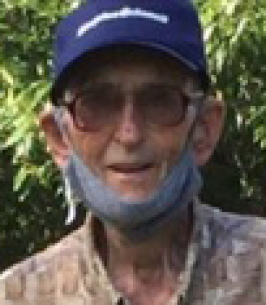 Born July 15, 1933 at Birta in Yell County, he was a son of the late Joe Boyce and Helen Nordin Hacker. Mr.
Boyce was a graduate of Pine Bluff High School. After high school, he was a pitcher for a major league baseball team.

He was a recovery control room operator and retired from International Paper Company after 43 years of service.

Mr. Boyce was a member of Green Meadows Baptist Church and enjoyed hunting, fishing, and being with his family.

His wife of 63 years, Alma Ruth Via Boyce, preceded him in death on July 20, 2015. He was also predeceased by his daughter, Sherry Costello; a son-in-law, Pat Costello; and his step-father, Curtis Hacker.

Survivors include a son, Randy Boyce (Marsha) of Star City; three grandsons, Brian Boyce (LeeAnna) of Conway, Jeffrey Boyce of Star City, and Justin Costello of Pine Bluff; five great-grandchildren, LeighElla, BrinLeigh, and EllieAnna Boyce of Conway, and Bryce and Emma Cate Boyce of Star City; a sister, Joetta Adams of Little Rock; a brother, John Boyce of Southaven, MS; two sisters-in law, Ann Harwood and Margaret Via, both of Dardenelle, AR; and a host of nieces and nephews.