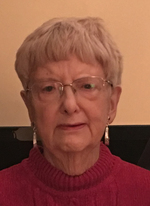 Born September 26, 1941 at Rison, she was the daughter of Mrs. Martha McClain Spakes of Memphis and the late Wayne Spakes. She was a graduate of Woodlawn High School and attended Arkansas A&M College (now the University of Arkansas at Monticello).

She was a member of Bellevue Baptist Church in Memphis.

In addition to her father, she was predeceased by her grandparents, Mr. and Mrs. James W. McClain of Rison.

In addition to her mother, she is survived by two brothers, Ron Spakes (Pat) and Steve Spakes; two aunts, Jo Fern Small and Gala McClain; numerous cousins; and her best friend of 50 years, Alma Raines.

Visitation will precede the service beginning at 11:00 a.m.

Online condolences may be made at FullerFunerals.com