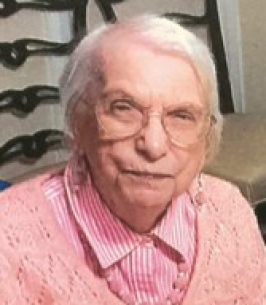 The youngest of six children of Benjamin and Emma Taylor, they lived on their farm in rural Grant County, Arkansas. Her earliest memory was of her father teaching all the children to sing in harmony. When she was three years-old, her father was gored by a wild boar. The wound became infected and he died. This left her mother as the only person available to work in the fields, a task that was critical for their survival. With no one in the house to watch a three-year-old, Bennie was sent to Pine Bluff, to live with her eldest brother, Arthur and his wife, Marie. She spent the rest of her childhood in Pine Bluff, moving between various relatives and family friends.

She graduated from Pine Bluff High School in 1945 and then began working as a bank teller. Soon afterward, she met Elmer Lybrand, a freshly discharged Navy veteran, newly returned from the war. They married on July 13, 1946. In September 1947, their first child was born, Donna Gale.

In 1948 the family discovered that Elmer had tuberculosis, which he had contracted while in the Navy, but it had remained latent for a few years. Further testing showed that Bennie was infected as well. Elmer was sent to the VA's special tuberculosis hospital in Ashville, North Carolina, where he remained for five years. Bennie was sent to the Arkansas State Tuberculosis Sanitorium in Booneville. Donna was sent to the children's division of the state program, which was located near Fort Smith. These years of separation became a turning point for the family. Elmer made the decision that he had to go to college, as he would never again be strong enough to work as a laborer. Bennie, who had been very shy, realized that in order to follow her discharge instructions, which were to stay in bed 12 hours a day, she would have to become more assertive, not allowing others to impose their plans on her. Donna later described these years as having left her "not sure who I belonged to". By 1953, they were all discharged and Elmer began college with tuition paid by the GI bill and everyday expenses covered by his VA disability pension. Their second child, Janice Ann, was born during those college years. Elmer graduated in three years and went to work for the IRS.

In 1956 they returned to Pine Bluff to help care for Bennie's elderly, ailing mother. Elmer used his savings from the IRS to start a business of his own. Bennie served as secretary and bookkeeper from a home office. The business’ slogan, “Elmer Lybrand the Land Man” was well-known in and around Jefferson County.

Over the years, the business became very successful and moved into an office and hired secretaries. Bennie used her new-found free time to become active with Trinity Lutheran church and to join a bridge club, a sewing club and an international friendship club. When grandchildren began to arrive, she doted on them.

Once Elmer reached retirement age, they moved to Pennsylvania to be near their two youngest grandchildren. Once again, she became very active, both at St. Matthew's Lutheran Church in Springfield and at the local Senior Center.

In 2001, she lost both Elmer and Donna to illness. It was a very difficult time for her and worsened her own health. A year later, she moved in with her daughter, son-in-law and beloved grandchildren. Surrounded by her family every day, she gradually recovered, once again becoming very active in her church and community. Everywhere she went she was greatly beloved She is survived by her daughter, Janice; four grandchildren; three great-grandchildren.

A memorial service will be held Saturday, August 13, 2022, 11:00 a.m. at Trinity Lutheran Church in Pine Bluff. Burial will follow in Grapevine Cemetery in Grant County by Fuller Hale-South Funeral Services.