To share your memory on the wall of Andy Simmons, sign in using one of the following options:

He was born May 10, 1979 in Pine Bluff, Arkansas to John C. Simmons and Nan Nelson Simmons. He graduated from Pine Bluff High School and ... Read More
Andy Simmons (John Andrew Nelson Simmons), age 42, of Grady, Arkansas passed away on May 12, 2021.

He was born May 10, 1979 in Pine Bluff, Arkansas to John C. Simmons and Nan Nelson Simmons. He graduated from Pine Bluff High School and attended First United Methodist Church during the early years of his life and learned to know and find peace with his creator in the many outdoor activities that he pursued.

His most treasured outdoor activity was waterfowl hunting and wetlands habitat preservation. Andy’s early career included working in the agricultural and farm service industries. He worked on both his grandfather’s farms and in the family oil business. An accomplished golfer, he was a club champion in his early years.

Andy always took a genuine interest in helping and learning from others. His friends knew that if they were in trouble, that he would always be there to back them up and stand up for what was right. Andy will be remembered for his kindness and soft-spoken nature.

Services will be held Sunday, May 16 at 2:30 p.m. at Fuller Hale-South Funeral Chapel in Pine Bluff. Visitation will follow the service.

In lieu of flowers, memorials may be made in Andy’s name to the Arkansas Waterfowl Association, 8088 Hwy 31, Lonoke, AR 72086.
Read Less

To send flowers to the family or plant a tree in memory of Andy Simmons, please visit our Heartfelt Sympathies Store.

Receive notifications about information and event scheduling for Andy

We encourage you to share your most beloved memories of Andy here, so that the family and other loved ones can always see it. You can upload cherished photographs, or share your favorite stories, and can even comment on those shared by others.

Posted May 16, 2021 at 06:43pm
John and family,
We are so very sorry for the loss of Andy. We always enjoyed seeing him and will miss him.
Please accept our deepest sympathy.
Love, Lucy and Charlie McNew
Comment Share
Share via:
Y

Posted May 16, 2021 at 10:40am
Andy was my dear friend. I will miss his weekly calls. I hope this tree grows tall and strong in his honor. Love Jen Kronenberger

Posted May 15, 2021 at 06:37pm
John, I am so sorry for the loss of your son. I cannot imagine the pain. Cecilia Lyles Riggins
Comment Share
Share via:
JC 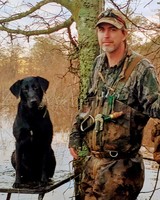