To share your memory on the wall of Andrew Sears, sign in using one of the following options:

Print
Andrew Theodore “Andy” Sears, (United States Army, Retired), age 82, of Pine Bluff, passed away on Thursday, January 9, 2020. He will be greatly missed by all who knew and loved him.

Born January 7, 1938 in Burlington, VT, he was a son of the late Vernon Sears and Mary Cushing Sears. At the age of 17, he joined the United States Army, where he proudly served for 23 years. He saw tours of duty in Korea and Vietnam, where he was wounded in action.

Mr. Sears was a Catholic. He loved to hunt and fish, and watching John Wayne movies. One of his favorite pastimes was scratch-off lottery tickets and collecting coins and stamps.

Visitation will be Wednesday from 1:00 p.m. until service time.
Read Less

To send flowers to the family or plant a tree in memory of Andrew "Andy" Sears, please visit our Heartfelt Sympathies Store.

Receive notifications about information and event scheduling for Andrew

We encourage you to share your most beloved memories of Andrew here, so that the family and other loved ones can always see it. You can upload cherished photographs, or share your favorite stories, and can even comment on those shared by others.

Posted Jan 14, 2020 at 05:13pm
Uncle Andy and I used to go canoeing and camping on the Buffalo and go to Razorback football games in Little Rock and Fayetteville and out of state. Gone but not forgotten. Rest in Peace.
Comment Share
Share via: 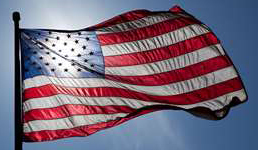 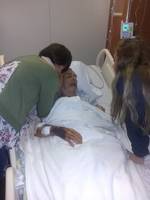